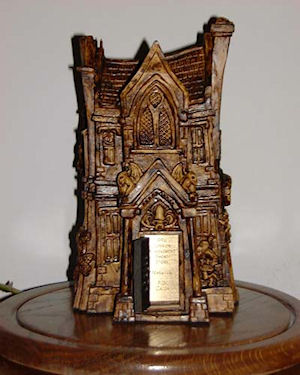 The other day a friend asked me a weird question: “What are you going to do if you don’t win the Stoker?”

My response was a long pause as I tried to suss out what the question even meant, or where it came from. I didn’t win last year, and lots and lots of people don’t win or even get nominated all the time, and I don’t think anyone spends a lot of time perseverating on what might happen if one doesn’t win.

I have no expectation of winning, so I haven’t made particular plans for not winning. Which is to say, I plan on having rather too much to drink and carousing with my friends and writerly colleagues after the banquet regardless of the outcome.

So let me turn it around and instead answer the question of what I’m going to do if I win:

1. Grin. Probably like an idiot, which is easy because I’m a bit of an idiot.

2. Be grateful, because a win would mean that my colleagues appreciate my work and that’s darn cool.

3. Attempt to say something gracious and witty at the podium, because I’m a ham and upstaging Jeff Strand is pretty hard, but I might be up for it. 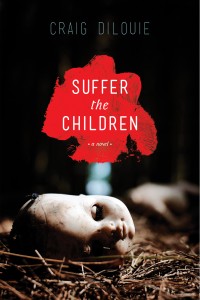 4. Wonder what the hell people were thinking, because Craig DiLouie’s Suffer the Children is on the ballot. Have you read this book? It’s freaking amazing. (No knocks intended on the rest of the books on the ballot, but this book sets the bar for what apocalyptic fiction can be–and sets it, like, eight thousand feet above our heads. Gut wrenching and gruesome personal, it’s one of those novels that stays with you long after you’ve read it.)

“A mysterious disease claims the world’s children before bringing them back. To continue surviving, however, they need to ingest human blood. As the blood supply wanes, parents struggle and compete to keep their children alive. In the end, the only source left will be each other. For them, the ultimate question will be: How far would you go for someone you love?”

And then, when all is said and done, and I’ve come home (with or without a haunted house trophy and the adulation of the masses) to the day job and robots and pets and bees and The Redhead™, I’m going to write another story, and another. And then more after that. And I’m going to work very hard to make each as good as Craig’s, because dammit, that man can write.