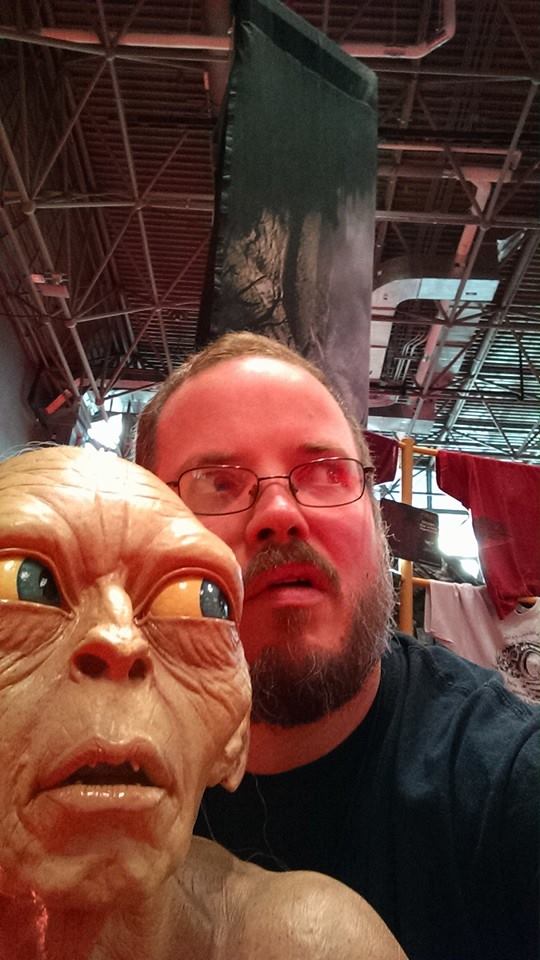 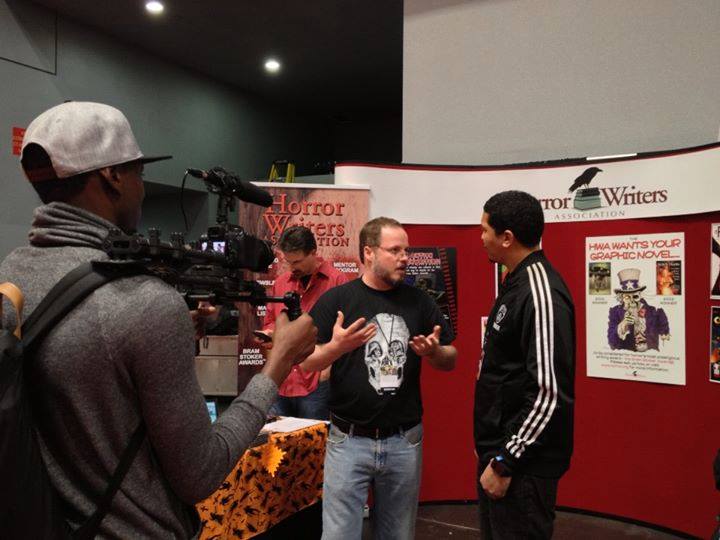 I spent two days manning the Horror Writers Association booth, met a lot of awesome people–including Larry Correia. Larry writes the awesome Monster Hunter International books and the Grimnoir Chronicles–I got a signed copy of the latter, and gave him an autographed JADE SKY. Hilarious on social media, he’s a giant teddy bear in person, one of the most congenial and delightful people I’ve encountered.

Jeff LaSala was also at the Baen booth. I’ve known Jeff’s name for a long time–he’s been heavily involved in the Dungeons and Dragons scene for a long time, and was also instrumental in putting together one of the coolest cyberpunk projects I’ve ever seen, FORESHADOWS: THE GHOSTS OF ZERO, which is an anthology where each story has an accompanying song written for it. Our mutual friend Brian Matthews tipped me off that Jeff would be there, so I had to take the opportunity to say hello! 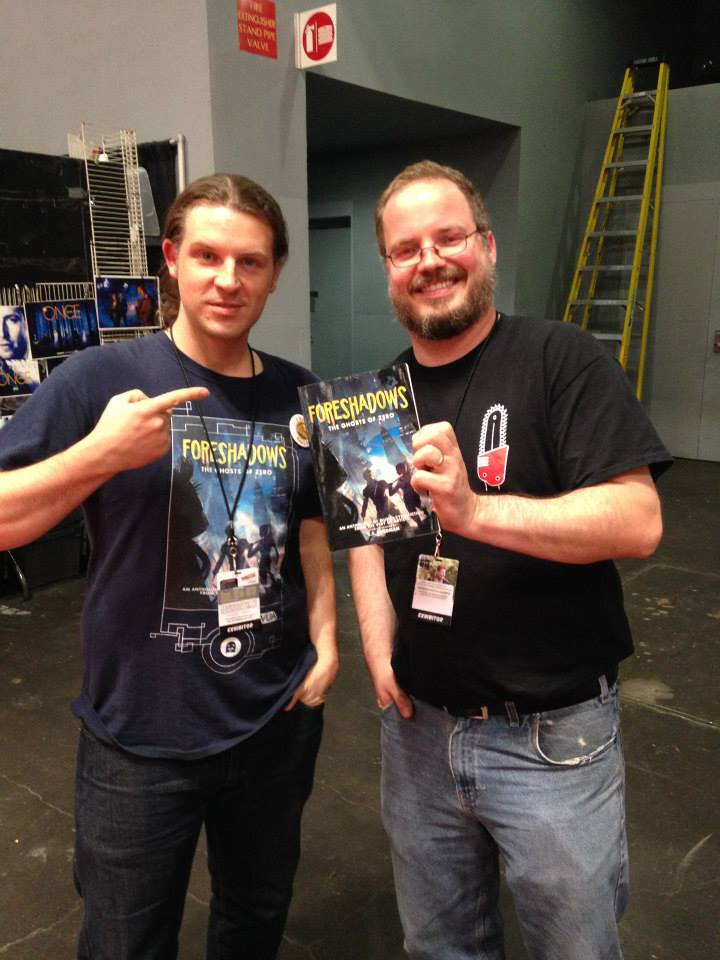 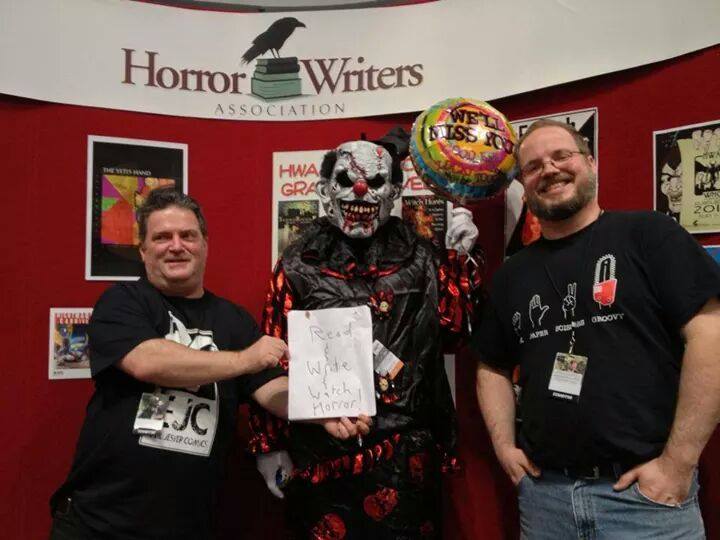 Oh, right. Horror Selfies. The Horror Writers Association has launched a campaign to promote reading horror. Take a picture of yourself and something about reading horror, and upload it to horrorselfies.com by Halloween. One lucky selfier (not a word, but is now) will win a collection of over fifty horror novels, including works by me, Ramsey Campbell, Peter Straub, Tim Waggoner, and many more. 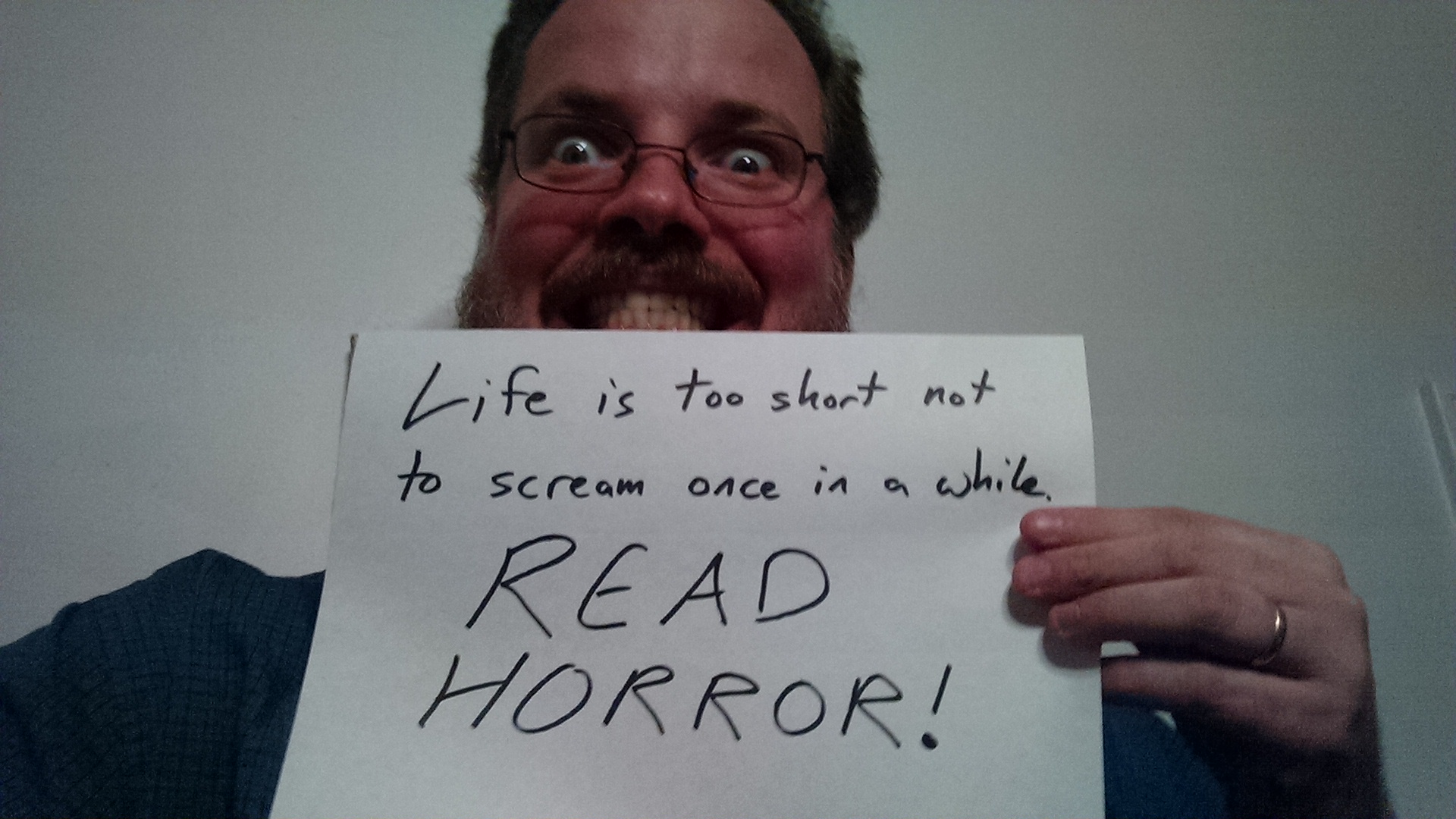 My favorite moment of the weekend: One girl came to the booth in anticipation of meeting Jonathan Maberry–she’d met him there last year–and in disappointment learned that she’d missed him by a day. Fellow author and HWA member Jim Chambers handed her a copy of JADE SKY and pointed to the blurb on top. “Look what Jonathan Maberry had to say about JADE SKY.”

This woman, in her early twenties by my guess, squealed in delight, bought the book, had me sign it, hugged me, and then literally hopped out of the booth in excitement, clutching it to her chest. She’s already asked when the sequel will be out. (May, if all goes well.)

Yeah, NYCC kicked ass. I’ll be back next year, no doubt about it.