I’m excited to announce that my short story, TWELVE KILOS, has joined an impressive list of stories from amazing authors such as Stephen King and William F. Nolan in the anthology QUALIA NOUS, forthcoming from Written Backwards Press and edited by Michael Bailey. 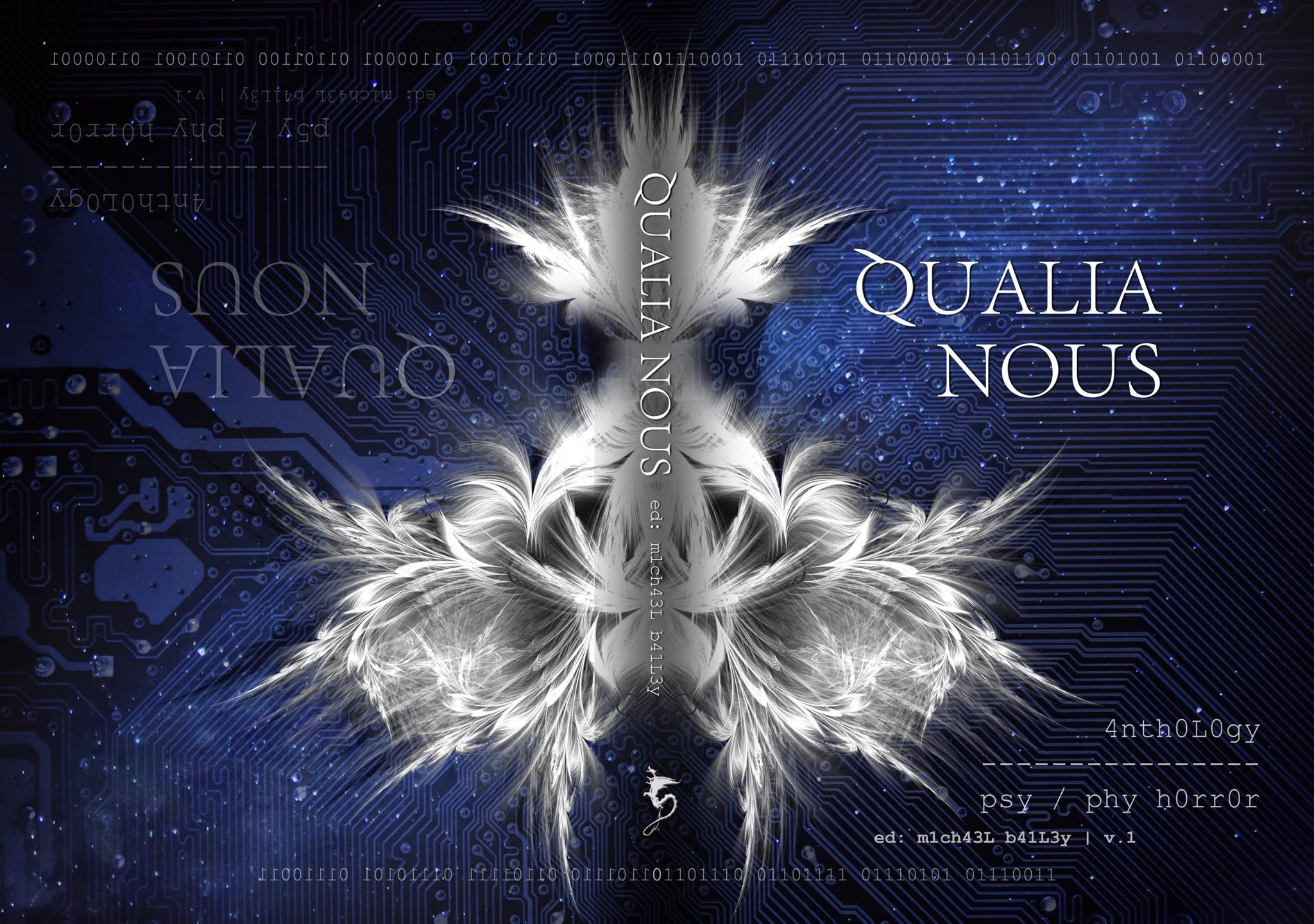 The working TOC is:

“The Jaunt” by Stephen King
“The Vaporization Enthalpy of a Peculiar Pakistani Family” by Usman Tanveer Malik
“The Shaking Man” by Gene O’Neill
“Dyscrasia” by Ashlee Scheuerman
“The Rondelium Girl of Rue Marseille” by Emily Cataneo
“The Angel Chaser” by Erik T. Johnson
“Psychic Shock” by Ian Shoebridge
“Peppermint Tea in Electronic Limbo” by D.J. Cockburn
“Second Chance” by John R. Little
“The Effigies of Tamber Square” by Jon Michael Kelley
“Shades of Naught” by Lori Michelle
“The Price of Faces” by James Chambers
“Simulacrum” by Jason V. Brock
“Lead Me to Multiplicity” by Peter Hagelslag
“Cataldo’s Copy” by Chrisitian A. Larsen
“The Neighborhood Has a Barbecue” by Max Booth III
“The Jenny Store” by Richard Thomas
“Night Guard” by Erinn L. Kemper
“A New Man” by William F. Nolan
“Voyeur” by John Everson
“Kilroy Wasn’t There” by Pat R. Steiner
“In the Nothing-Space, I Am What You Made Me” by Paul Anderson
“Dura Matter” by Lucy A. Snyder
“Ruminations” by Rena Mason
“Good and Faithful Servant” by Thomas F. Monteleone
“Twelve Kilos” by Patrick Freivald
“Breathe You In Me” by Mason Ian Bundschuh
“18P37-C, After Andrea Was Arrested” by Elizabeth Massie
[ untitled ] by to-be-announced…

w/ poetry by Marge Simon, and another TBA.

Inclusion in an anthology with so many authors that I admire is humbling and delightful. I’m honored to be a part of the project, and can’t wait to read the whole thing!